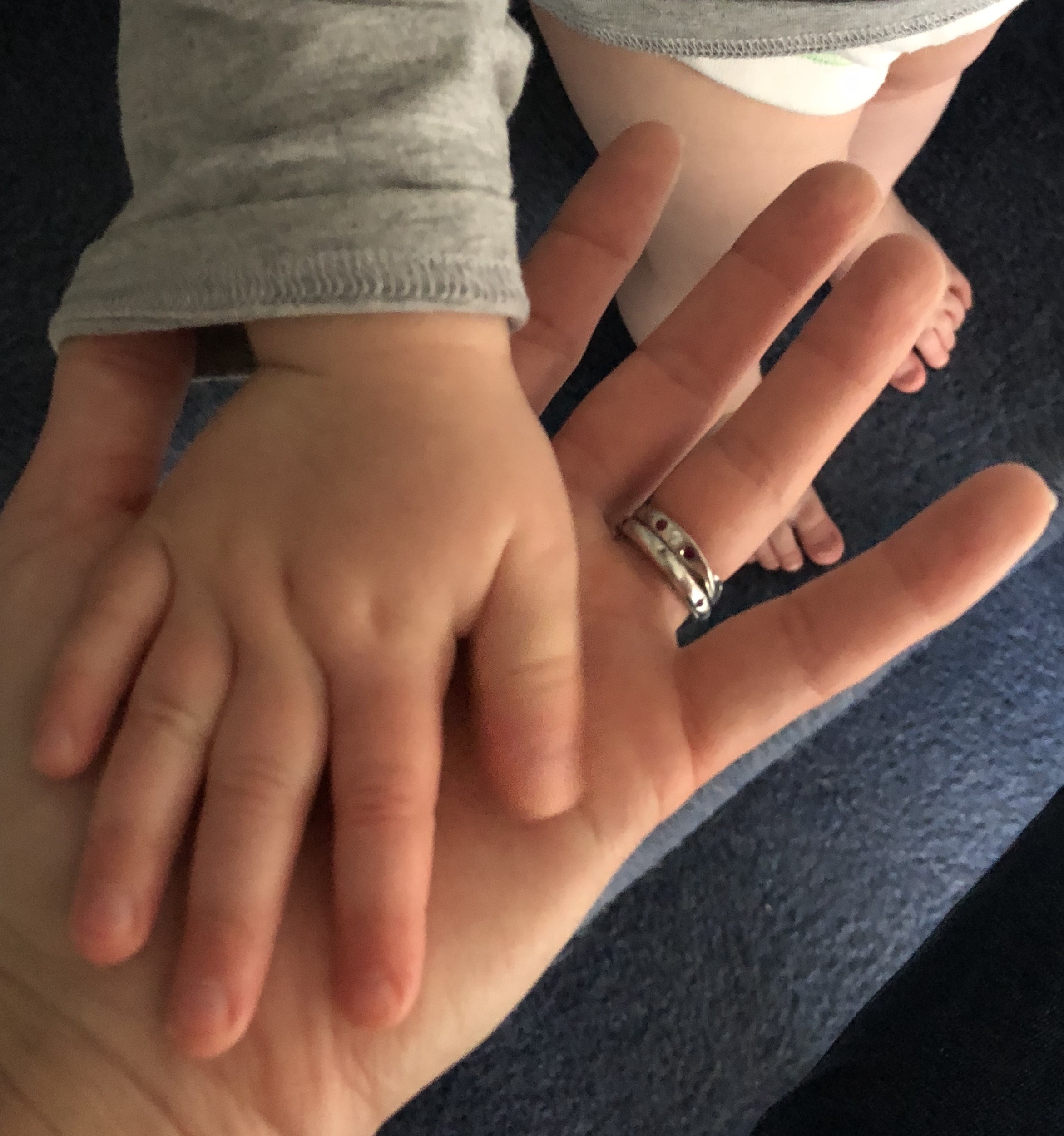 It’s been quite the period of parental soul-searching for me in the last week. I’m not sure whether 6 months of night feeds, early waking, juggling two children and general exhaustion has finally caught up with me or whether starting this blog has made me think about how I’m really feeling about everything but it’s certainly all coming out! Before now, I was just blindly stumbling through each day but now I’m writing about my experiences perhaps I’m becoming more aware of the kind of parent I am. Who knows, anyway that’s not the point of this post.

This past weekend was tough as far as parenting goes. Our girl was clingy, moaning constantly, seemed generally unhappy about everything and our baby boy wasn’t keen on having naps of any significant length. All this coupled with the fact my husband was out with a friend for the afternoon on Saturday until just after bedtime made it a bit of a long, hard slog.

After I’d finally managed to wrangle both children into bed on Saturday evening, I collapsed onto the sofa and realised that I’d spent pretty much the whole day feeling frustrated that my toddler apparently is completely deaf to anything I ask her to do, seems to be scared of EVERYTHING, didn’t want to eat what I’d cooked for her and frankly, didn’t seem to like me very much. I’m not proud to say I was irritable and a bit short tempered with her, and it made me wonder whether I’d be acting differently if her baby brother hadn’t come along when he did.

Our girl is approaching two-and-a-half, and I never thought I’d view her as anything other than my baby. She’s relatively small for her age, is probably a little behind her peers physically because she didn’t walk until she was 19 months, and is still learning about everything around her.  However, my perception completely changed when 6 months ago, her little brother (actually 8lb 10 so pretty bloomin’ big) was born. Within the space of 24 hours, my little baby girl had somehow morphed into someone I almost didn’t recognise. She was this walking, talking, opinionated, independent little person and not the baby I still saw her as before I went into hospital the previous day.

Because of this change of perception, I have found myself getting more and more frustrated with the fact that, despite appearing so grown up to me, she still acts like a baby. The crying, moaning, screaming, constant shouts of “NO” (from me and from her) and not listening was starting to really irritate me, until on Saturday night I realised, this is all NORMAL. She IS still a baby. She’s scared of things, she needs reassurance, cuddles and help to do things she can’t do without me. And if I’d not had another baby I don’t think it would have bothered me in the slightest because I wouldn’t have expected her to behave any differently. I realised I’m expecting way too much of this little person. She’s two for goodness’ sake!

Of course, in true mum-guilt style, when this realisation hit me I felt TERRIBLE. Terrible for not being more patient when she needed me, terrible for not understanding that having her little brother coming to live with us was probably even harder for her to adjust to that it has been for us (apart from the sleep deprivation, that will NEVER be worse for her), terrible that, despite being a really good communicator (her speech is really good, which probably adds to my unconscious sense that she’s older than she actually is), and generally being a kind, loving and doting big sister (her brother is her absolute favourite person in the world),  she’s still so young, and still needs my help to learn how to handle her fears and emotions.

After the initial guilt fest, I became really glad that this realisation has hit me – because since I’ve really thought about it, I’ve found it a lot easier to rationalise the difficult parts of our day and be more sympathetic towards her. It’s made me more patient, less likely to snap at her and more understanding of her needs.

Don’t get me wrong, this doesn’t mean boundaries and discipline go out the window, I realise she still needs those. And it also doesn’t mean I don’t still wish she’d answer me when I ask her a bloody question!