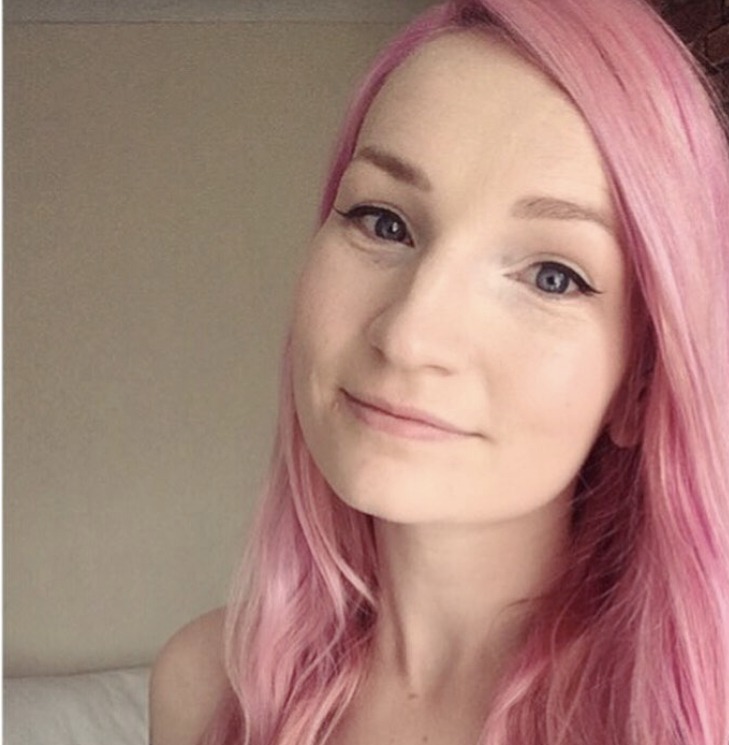 As I’ve mentioned before, one of my favourite things about this blogging malarkey is the sense of community amongst like-minded people on social media, and particularly Instagram. My latest interviewee is one of the people I feel I have clicked with most since I started so I’m so excited to share her story with you. Say hello to Abby, aka @abbyavocado.

Abby is a 27 year old mum of one, currently living in Hull. She makes simple, quick and satisfying plant based meals for herself and her two year old son. She loves rainbows, sparkles, charity shop rummaging and vegan baking.

I’ve just celebrated my one year veganiversary, yay! Although, I have been living totally dairy free for over two now, and veggie for about two and a half years. So first of all, I went vegetarian because I started thinking properly about the animals I had been eating. I fell pregnant with my son, and it became harder to ignore the fact that animals died to become my meal. I found going veggie very easy, then went dairy free and that’s when I found the insta vegan community! I started following more and more vegans and read more and more information. And when I realised the corruption and horrors involved in animal agriculture, I knew going vegan was the only way forward. And although it wasn’t easy to start with because of some intolerance/severe IBS issues, things got better with time, the amount of vegan options increased tenfold and it was seriously one of the best things I ever did!!!

I always used to enjoy cooking although I had totally lost the love for it after having my son who was VERY clingy as a baby, and because I was suffering with terrible IBS symptoms so I hardly cooked anymore. But I enjoyed looking at what other people were making and it gave me ideas for where to buy things from and how to use certain vegan products. I just ended up doing the same and found a new passion for cooking and experimenting with food. I liked communicating with other like-minded people and that has been hands down the best part of all of this! The best bits have definitely been connecting with all the amazing vegans and exploring as many vegan options as possible everywhere I go!

Oh my goodness, this is such a stressful question! I’m glad it’s only hypothetical!

Ok. so I would have to choose people that just brighten my day when I read their captions and see their stories. P.s I didn’t know if I’d be allowed to choose you (Little Green Duck) but obviously you’d be right up there!

#1 @meganizvegan is one of my closest vegan insta friends, we bonded over insta and have met in real life. She happens to come up with amazing home cooked meal ideas, as well as just being one of the kindest people! She’s going to be the best vegan mama, EVER.

#2 @hetface – How can anyone not instantly fall in love with this lady. She’s funny and honest, she has the most adorable relationship with her vegan husband and also has two insanely cute doggies! Plus she posts delicious looking vegan food. I could never not follow her now! So excited to hang with her in future!

#3 @completelyhayley – Hayley’s is a great account to follow if you enjoy vegan baking or just eating nice vegan desserts! She bakes epic looking vegan cookies and treats and every time I see what she’s been making, it makes me want to bake immediately!  Obviously she’s a super kind human too, and always has something supportive to say if you’re having a crap time.

I have a lot of love for this lady too, she inspired me when I first started following her with vegan food and lifestyle. But she’s adapted her account to be more about what she values in life, family, nature, minimalism and other nice stuff. She’s not worried about what others are doing, she’s just doing her thing, which is very cool. Plus she’s so funny. Many a vegan sausage joke has been made between us!

One of the things I really need to make time for is actually reading my recipe books as I don’t have many tried and tested proper recipes yet (usually just chuck a meal together somehow!) But my favourite recipes are always sweet things/baking as that’s where my passion lies. My favourite ever baking recipe is one by Wallfloweraimee , because this recipe just makes the BEST vegan cookies ever! As long as you get the timing right, you can achieve gooey yet chewy perfect chocolate cookies!

Hmmm, well apart from those I’ve already mentioned, there are so many people on Instagram that I really admire! It’s hard to choose just one but I would love to meet and chat with @robinlericheapparel because he just seems like the coolest person! He makes vegan merch but with a retro, amazing twist! I have a My Little Vegan lunch box by him which is based on My Little Pony. Everything he makes is adorable! Also his politics are spot on, as well as him breaking stereotypes on gender roles.

I only have insta vegan friends! My family on the whole aren’t too interested but I do have a couple of lovely nieces who have both shown an interest in veganism and do care about what happens to animals and the planet, so that makes me super proud!

Some of my real life best friends are veggie, including my boyfriend who has been vegetarian for a long time. He eats a lot of vegan meals with me and is open to eating vegan cheese and plant milk, so it’s nice to have his support. He helped me an awful lot when I first went vegan and helped to find places to eat whenever we went out! My close non-vegan friends are very supportive of my choice to be vegan and although they don’t want to be vegetarian or vegan (yet), they do show an interest and are happy to accommodate us veggies/me as a vegan when we get together for food!

Definitely tofu ears as I could cover those up. An avocado nose would be a bit much on the face, proportion wise. I’d rather keep the avocado as a pleasure thing and not something I would see every time I looked in the mirror. Plus, imagine trying to cover that with foundation!

Gahhh, I love food so much, so it is hard choosing! The first time I made a vegan ice cream cookie sandwich with homemade cookies was pretty special. But I don’t know if that’s my greatest. That was back when I hadn’t tried much vegan baking so my cookies could have been better.

I’d say it might be the cake I made for my boyfriend’s 30th birthday this year. I used two vegan cake recipes and made a 4 layer cake. It was made from chocolate and vanilla sponges with LOTS of peanut butter frosting, and Oreos on top. It went down very well with our friends and I have to blow my own trumpet and say that it was very moist and delicious! 😝

Don’t rush or pressure yourself into going vegan overnight. Take your time to adjust and use insta to help you do your initial food shops. Have a look at what other people consider to be food shopping staples and try a few each week. Look for recipes to veganise your favourite meals so it’s not too much of a change to your routine. For example you can make a great vegan shepherds pie with frozen veggie mince, or swap your sausage and mash for Sainsbury’s shroomdogs and mash made with Vitalite and almond milk. Make small changes like swapping your milk in tea (I love Koko dairyfree!!!) And once you do find your feet, remember no one is perfect and you don’t have to be a perfect, level 100 vegan. You will make the odd mistake and that’s fine. What’s important is you’re trying your best that is within your means and personal circumstances, don’t let anyone make you feel like you’re not trying enough. And if they do – ‘block’ them and their negativity! 😬

Oooh, not sure! I get asked by other mums about what I feed Toby sometimes! He’s veggie right now rather than vegan (although eats vegan with me) but I try to offer suggestions to people who may be wanting to make the switch but aren’t sure what to feed their baby/toddler. Other than that I think I just get the standard ‘Where do I buy stuff?’ questions.

I don’t usually get asked weird questions. Most of the time it’s me talking about weird stuff with other lovely weird people I’ve met through insta! The other night, for example, I was talking about a funeral for a goldfish, complete with tiny neon green coffin. Yes, that was my personal experience! 😂

I’m not a terribly exciting person but I am loving learning how to bake all over again so I’m going to be putting more work into that and experimenting a bit. And the only big news I have is that in a few months I’m moving from Hull (not the best for vegans, if I’m being picky) to Birmingham where there is a lot more choice and diversity so that is quite exciting!