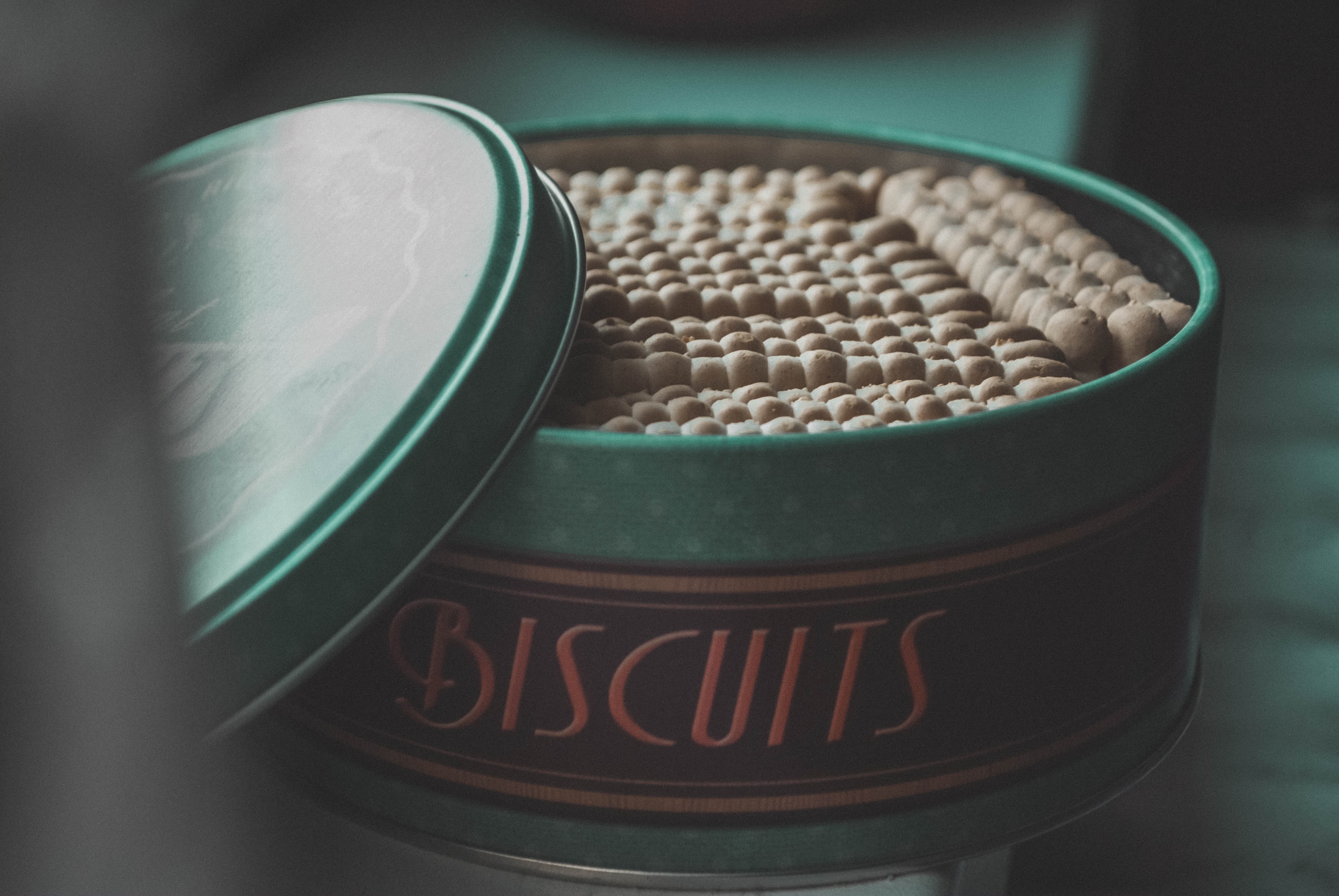 As you saw from my recent post, I am very excited that Bake Off will feature a vegan episode this year! However, I’m a strong believer that pretty much everything has a vegan equivalent out there. So I’m using this year’s Great British Bake Off as a challenge. I’m going to try to source or suggest vegan alternatives to most of the recipes the bakers make each week. I’ll be listing each contestant’s signature bake as well as finding an alternative to the technical challenge.

I won’t be tackling showstoppers because I think you’ll all get bored by the time you get that far in each post, and also I’m not entirely sure how many of you will even want to recreate a puff pastry castle with sugar-spun drawbridge. I mean, we don’t want food that’s too pretty to eat, do we?

Onwards! Week One was Biscuit Week and I reckon this isn’t going to be too hard. Wish me luck!

Tweaks: Add finely chopped crystallised ginger, as suggested by a commenter on the recipe page.

Tweaks: Just switch butter for dairy-free spread (Vitalite or Flora Freedom works for most bakes in my experience)

Tweaks: Use apple jam instead of strawberry.

Tweaks: Use vegan white choc chips or chunks of dairy free white chocolate instead of the standard dairy-free choc chips.

I found: Wales Land Of My Fathers Aberffraw Biscuits

Tweaks: Switch out the butter for non-dairy as above.

I found: I actually struggled a bit to find a decent-looking biscuit version of this so I’ve gone with this Vegan Parkin recipe by Lucy’s Friendly Foods. Looks deeelish doesn’t it?

Tweaks: None, but if you find a biscuit then send me the link and I’ll post it here!

I found: The Camberley Bed and Breakfast Harrogate’s York Biscuits

Tweaks: Switch butter for non-dairy spread, and milk for a plant milk of your choice.

I found: Not much! There are plenty of Devon Flats recipes out there but I’m not proficient enough a baker to guess what alternatives might be able to be used in a vegan version. Here’s a recipe from the Devon Live website….can anyone veganise it for me?

I found: Crazy Cucumber’s Vegan Wagon Wheels (IF YOU ONLY CLICK ONE LINK CLICK HERE!! THESE LOOK AMAZING)

So there you have it, my quick attempt to veganise an episode of Bake Off. Please don’t forget to tag me on Instagram or Facebook if you try any of these. See you next week!