WE DID IT – We’re Travelling The World With our Children 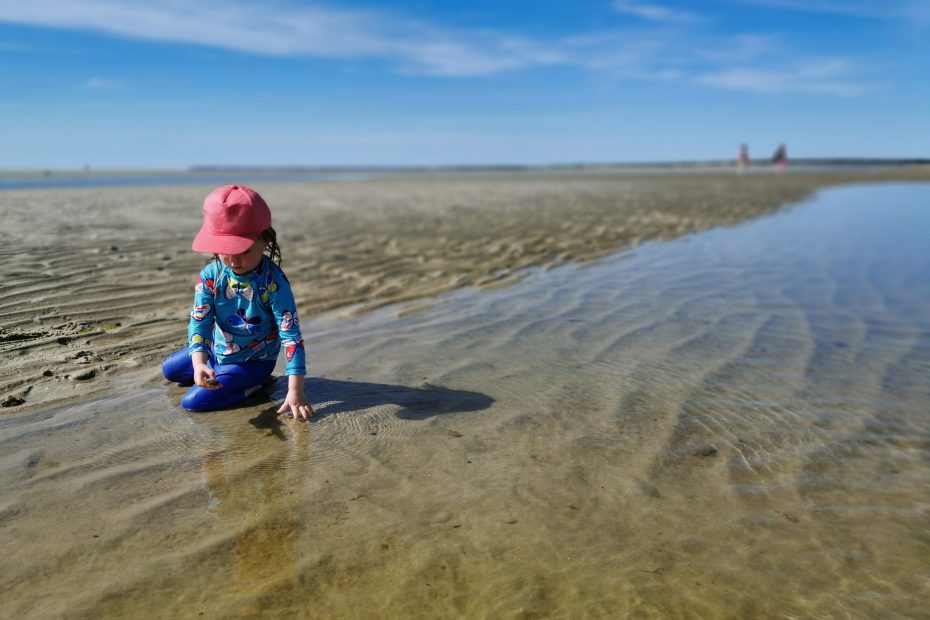 What? We Actually Did It!

Before this post, I started writing about the people I encountered when selling everything we owned on Facebook Marketplace. But that was stirring up all the anger and frustration I was so keen to leave behind. So instead, I’m just going to write this rather triumphant, self-indulgent and emotional post. Because, after almost a year of plotting and planning we are TRAVELLING THE WORLD WITH OUR TWO CHILDREN.

I still can’t quite believe that this is us for the next year.

We’re a week in now and it still feels like we’ll be hopping back on a plane in two weeks, back to our old lives. My emotions have ranged from YIPPEEEEE to WHAT THE HELL ARE WE DOING on a few occasions over the past couple of weeks but now we’re here and we have food supplies (delivered by a lady from the local grocery store in her own car, only an hour after ordering it – that is service for you folks), I feel like the adventure has really started.

The Road To Here

As I write this, every member of my family is asleep. This is one of my favourite scenarios, and I think is going to become an important bit of “me time”. I’ve never been one for daytime naps (see this post), so having the time to just write, or just sit, gives me the headspace I need for an afternoon of chaos/fun.

Today is a writing day. I won’t describe our first few days in detail here because Paul has done a fantastic job with that over on his new blog. So I’ll focus on the run-up to the trip and how the first week has gone.

This was undoubtedly the single most stressful, pressurised and intense process I have ever been through in my life. The births of both of my children were no Sunday strolls in the park, so that should give you an idea of how high emotions were running.

They say death, divorce and moving house are the three most stressful things you can go through. When the moving part entails selling your house and over 500 individual items (most to absolute b*stards on the internet), death and divorce looked to be on the cards most days. Preferably death.

When we bought our house four years ago, it was one of the most competitive markets in UK history. We searched every weekend for 18 months. We were regularly outbid by £40k+ on houses that could only be described as total shitholes, and we only got our house because I wrote a begging letter to the lady who was selling it, to try to convince her to take our offer, despite it not being the highest she’d received. It worked, and we were in.

Not so much these days. The house was on the market for close to 8 weeks, and whilst we had quite a few viewings, we had no offers. None. Nothing at all for 7 weeks straight. Week 8 was what would be described in the football community as “squeaky bum time”. If the house didn’t sell, we’d run out of money in December and would be home for Christmas. This was not ideal. To say the least. Our dreams were on the verge of collapse.

Whats worse than not selling your house at all? I’ll tell you what. Selling it for less than you paid for it. We were adamant this was NOT going to happen but there’s no use being adamant when something is out of your control. So when the offers started coming in WAY under asking price, it was gutting to say the least. Luckily, the estate agents were so confident in their initial valuation, that every silly offer was rejected outright without even consulting us. People started getting the idea that we weren’t desperate, even though we were a bit (a lot) desperate. FINALLY, about 10 days before we left we received an offer from a lovely couple. It was not only acceptable but was actually worth waiting for because they’re currently renting so NO CHAIN. Hurrah!

Up until this point, I was resisting selling any of the bigger items in the house because I didn’t want potential buyers to be put off by the disarray. So I waited until we accepted the offer, at which point it was all systems go. This was where the real work began.

Selling Everything We Own

My god. Even for people who thought they didn’t own that much stuff, there was SO much stuff. I was selling up to 150 items a week, from cheese graters to beds, from toys to garden furniture. Between 15th May and 5th June (the day before we left), over 200 people visited our house to collect stuff. Some of them were lovely and made us a bit sad we were leaving the area. HUGE thanks to the lady who came to pick up a solitary garden chair 16 hours before we were due to take off from Heathrow and, through pity for our plight, ended up clearing ALL of our remaining cack from the carport.

I LOVE YOU. However, the majority were unreliable, incompetent, rude arseholes who made me want to burn the town to the ground to save them all from themselves. Bit overly dramatic I know but seriously, SOME PEOPLE.

So yeah, the selling bit was not very fun. That said though, I’d still recommend it to anyone under less stressful circumstances because the act of clearing out all the stuff we didn’t really need was a cleansing, cathartic exercise that did us all the world of good. Everything we own is currently here with us, or in a few boxes in my family’s loft, and this is a good feeling.

Amongst all the chaos, I had to find time to sit down and put some work into planning our itinerary, accommodation and transport. I have absolutely LOVED this and if anyone can think of a way I can plan people’s holidays for a living without just being a bog standard travel agent I’m all ears. It gives me such a buzz watching everything coming together and now we’re actually living the plan, even learning from my mistakes is somehow satisfying (Paul will probably use a different word for my mistakes, I’m pretty sure “satisfying” wouldn’t even make the long list).

So how the hell do you go about planning a year-long round-the-world trip with two young children? I guess my best advice would be take your budget, write a list of your priorities – where you want to visit, what type of transport, accommodation and experiences you would have in an ideal world, then realise your budget doesn’t stretch that far and work out all the ways you’re willing to compromise.

My main compromise (aka gamble) so far has been with room sharing. Mainly hoping that the children are able to share a room without waking each other up every 26 minutes.

So far it’s gone OK. I say OK because we do have to go through the whole “I want a little drink, I need a cuddle, I want to lay the other way up” etc routine with William EVERY NIGHT. But to be fair to the poor little chap, we sold his bed from underneath him less than 2 weeks ago and since then he’s slept on a mattress on the floor at home, a mattress on the floor at a neighbour’s house, a plane seat, a pushchair and a bunk bed. Up until this point he’s slept in his cot, in his room, on his own, every night for the last 18 months, so a bit of bedtime cocking around can be forgiven.

Overnight has been surprisingly peaceful, though. We’ve had one 4 am wake up due to a huge rainstorm, a few middle-of-the-night squawks and shrieks and some looooooong wind-down story times, but generally I’ll take it. Speak to me again when we’ve had to sleep in a hotel room together for two nights and see how chirpy I am about it then.

So how’s it feeling, a week into full-time travel? Is it all I imagined and was it worth all the hard work and buildup?

The answer, for the most part, is a resounding YES. Even though we’ve had the same meltdowns and strops (#tantrumsontour) and roughly the same routine as we had at home, everything feels easier to deal with. We’re not stuck in the same environment. Distractions and incentives are easy to come by (mainly in the form of dairy-free ice cream in two local cafes and a variety of never tried before snacks and drinks). This means we’re all more relaxed, more stimulated and more FREE to just have fun.

I’ve had a few messages from people recently along the lines of “I would LOVE to do what you’re doing. But I need to convince my wife/husband/partner it’s a good idea”. Here is my message to those who still need convincing. I’ve only got a week’s experience of this whole travel lark but I already know we’re not going to regret a second of it. If you can, do it. What’s the best that could happen?

I’d love to hear your thoughts on this first post of our trip. Please drop me a comment below, or head over to Instagram and leave a comment or DM there. See you next time 🙂